My weekend with the high school besties

What a great weekend, does it really have to be monday tomorrow? Not impressed, but as usual, I will deal. 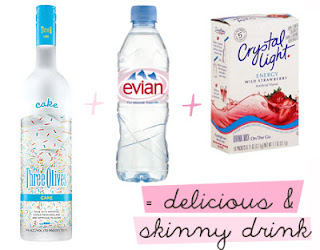 This weekend was really spent among friends and family, doesn't get much better than that. On Friday my sister came down for the UWindsor open house, it looks like we might have another Lancer in the family! In fact, if my sister does decide to come to the dirty dubs my entire family will be Windsor Alumni... There should probably be a scholarship for that. We did a tour of the campus, which I supplemented with fun facts that I've learned over my 4 years here, I hope the little sister enjoyed it. I know she enjoyed me falling UP the stairs and eating concrete, it was pretty funny if I say so myself. Later that night with celebrated my boyfriend's friend's (get it?) birthday by heading stateside to Mexican Town in good old Detroit. I live in the shadow of the Ambassador Bridge so trips to the states are simple, other than the fact that I'm still a baby and can't drink in the states so also had the task of designated driver. If you're from Windsor and have a valid passport, get your butt over to Mexican Town and try the flaming fajitas with a pitcher of blue frozen margarita, you will not be disappointed. The food was followed by more drinks and a trip to downtown Windsor. When I say more drinks I mean my new favourite drink! It's simple, delicious and you don't have to feel guilty or bloated after drinking it, Cake vodka + water w/ Crystal Light = skinny drink heaven. It's also great because the water keeps you hydrated, less chance of a hangover!

Woke up the next morning as excited as a kid given a chocolate bar, I was finally going to see my best friends from highschool! We're usually pretty good about trying to see each other when we're all home for the holidays, but this was my first "trip" to go see ma friends. I scooped up Alyssa from Windsor and Julie from Chatham and we headed out, only an hour late and we even survived a detour. After 3 hours of driving we'd finally made it!! My friends forgot to tell me they lived in a mansion so I thought we were at the wrong place, in the end we weren't, they just have a really gorgeous (not so student) home. I'm still jealous. Another friend, Taylor was coming from Toronto, she met us there and we went to East Side Mario's for supper where we were joined by another highschool buddy Matt and the shenanigans began. The plan was to go downtown Guelph, but first we needed to prepare. Faces we're painted on,  hair was damaged and doused in hairspray and boy, did we look good... we could have really torn up Pain Court back in the day! We sipped drinks and me and Taylor formed a beer pong team called the "Chicken Dinners", mostly so we could yell "Winner Winner Chicken Dinner!" followed by clucking noises when we won a match, it was great. Are you starting to see why these girls are my friends? We're the weirdest bunch I know, and I wouldn't have it any other way.

Oh downtown Guelph, the song "A Whole New World" from Aladdin comes to mind right about now, you were great and different from my native Windsor.  First of all there's a drunk bus. What's a drunk bus you ask? Well It's a city bus that runs late so drunk students can get home safely, it's the best thing I've heard of in a while! Even better, it's free with your UGuelph student card... or a quick flash of your green health card for us Windsor ladies. The downside of downtown Guelph? Expensive cover, or maybe I'm just cheap. The bars we're great and we danced like fools. Finally at the end of the night we went home to devour our East Side leftovers.

It was a short visit, but it was so worth it. It's exciting to see where all of us have ended up over the last four years. We're all in universities with thousands of students, much different from our 300 student highschool! We've all switched to learning in English, but still have fun trying to remember notre français. Most of all I like to think of where we'll all be next year, some still in school I'm sure, and others off to be grown ups... scary thought. But for now I'd much rather look back and take a trip down memory lane. Thank God for the invention of facebook so I could creep myself and find these gems!

As I sit here icing my foot for my soccer game tonight I can't help but smile and remember that I've got some great friends, tu me manques toujours. 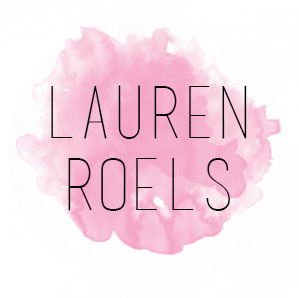